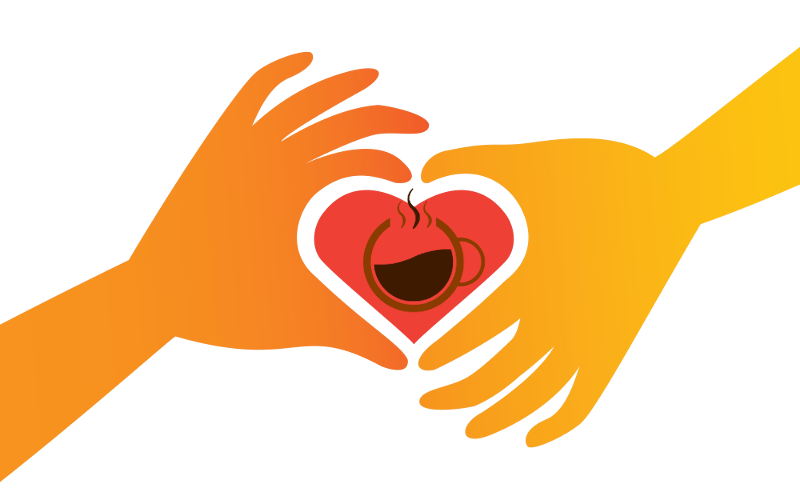 Hailing originally from Naples, suspended coffee or caffe sospeso as it is known in Italy, is a new charitable drive sweeping the world. It is also one based on coffee, one of the prime products in the fairtrade drive in previous decades and something often at the heart of ethical drives whether it is value for producers or paying taxes.

The new idea is a simple one. When you go to a café to buy a cup of coffee of your choice you also pre-buy or ‘forward buy’ as parlance has it, a second cup. This coffee is held back - not so it’s stewed or too cold to enjoy, but freshly made, for someone to consume later who could not otherwise afford it.

As mentioned above, the idea of forward paying for coffee grew out of Naples at the turn of the millennium and then saw a revival in 2011. Such has its popularity been in Italy that city officials have declared an annual “Suspended Coffee Day” to be held every December. The new tradition has its origins in a group of small festivals in the area designed to encourage community spirit and to foster a sense of solidarity between citizens in a response to cuts in cultural budgets across the state.

It grew beyond Italy when an Irish plumber, John Sweeney heard about the idea from a friend in 2013 and set up a Facebook page about it. The message was simple, like above, buy a coffee for someone else. Soon it had garnered 20,000 likes and since the movement has moved across the Atlantic.

Sweeney’s campaign has since grown to 2,000 coffee outlets across the world including over 500 in the United States alone. Since it began, the page has 250,000 followers and over 15 million cups of coffee have been bought for other, random strangers across 34 countries.

Each café runs its own system. For example, the Kofenya Coffee in Oxford, Ohio, has a token based system. This allows consumers to buy a token which can then be given to someone else. Deciding who needs a coffee and who needs a freebie is something which varies from venue to venue, person to person. One story includes a man whose wife filed for divorce. The free coffee he received meant so much to him he later donated $500 to the cause.

In Perth, Australia, the pay it forward campaign died down after a media campaign in 2013, but many cafés are still offering suspended coffees for homeless people in the city. The problem in Perth is one that has crossed America too, the people who would be in need of free coffees are the people who do not go to such places in the first place. It’s not part of their world. The Perth solution, to take the coffees to the homeless, seems like a natural solution for an evolving, coffee-centric, campaign going into its third year.